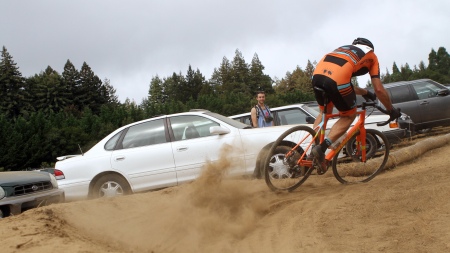 Santa Cruz Factory Racing powered its way to the top at the Rock Lobster Cup, held Saturday August 29 at the Bonny Doon Airport, just a stone’s throw from the Santa Cruz Bicycle headquarters.

Trading in their enduro rigs for cross bikes, the team of Santa Cruz Bicycle assembly workers and warehouse shippers took on a course that featured a massive sand pit, a plethora of logs, and single-track tighter than Scott Chapin’s skinsuit. The unofficial kick-off to the Central Coast cyclo-cross season, the race allowed the riders to shake out their Stigmatas and see the competition for 2015.